Just because my future is with somebody who isn’t the same religion and has a different cultural background that many people despise of, doesn’t mean he is any where near what you think of him to be. It doesn’t mean the stereotype you have of “their” kind is true.

Well to start out today’s post is pretty much talking about a subject that irritates me to the core. What makes it okay for people to judge others to the extent of what they have heard. I mean i’m not a saint and i will never say to anybody that i do not judge others at times. But it makes my rethink humanity when i run across people who judge others because of how they grew up, how they where raised, what religion they are, or what they believe in.

Lets start out by saying my significant other is Muslim and was born and raised in Saudi Arabia. Once people hear that its like there mind goes right to ISIS, bombing, Multiple wives, woman with no rights, woman fully covered, oil company, ext. But why is this. I’ve been told from the start that he just wants a green card, Did you know he can marry multiple people, Are you going to go live there you better not have you seen the stuff about their government, how they live, ext, are you going to have to turn to be Muslim, do you where the ha-jab, if it lasts are your kids going to be Muslim, just be careful.I really don’t think people realize that their views on these type of people are based on racism, social media, what they have been told, and not what they have actually experienced.

When it comes down to it, i have never heard one person that has been in a relationship or friendship with somebody who is Muslim and comes from that cultural background, that has asked or told me any of these things. This makes me believe that they understand in any religion, any race, any cultural background, a single person chooses if they want their life to be a good/bad time or make bad/good decisions. This also makes me respect the people who judge less when it comes to these subjects.

These words that i heard from people really let me down in the beginning. I believe i was more worried about what others thought than what i felt between me and my significant other. Until i finally noticed people are always going to have their own judgement/opinions. I bet Americans don’t go running around judging their american friend boyfriends about their race or religion because that is what they are used to. I just wish more people would understand that it has an effect on others.

To end this subject i would like to let everybody know that i am the happiest, luckiest person being with somebody who treats me right. Whoever tries to tell me i’m making a mistake and try to change my mind on being with somebody, somebody that i love, i will assure you that you are wrong.

What if I loose the weight and still don’t like myself?

Each and every day i say to myself i hate the way my body looks. I feel like i am ugly, nobody wants me, and everybody looks at me like the fat chick. I think my main problem is that i blame how i feel and look on my problems. When in all reality there is multiple reasons why i feel this way. But the easiest thing to do is just “Blame it on my weight.” I can loose weight, I have done it before and felt better about myself. But the question is, do i want to even feel better? or do i just want to continue feeling like this because i’m used to feeling this way and scared to have my feelings to change. Its easy blaming my problems, my past, my mistakes on something else. Just for me to forget about what i have been through, feel, or things i have done.

I write this today not to make people feel bad for me. But for me to realize everything in a more surreal way. And the best way i can do that is through my words.

People often say to change yourself the way you want to be/look if you have low self-esteem? Its easier said than done. Do you think if we had the ability, courage, knowledge, to do that, we wouldn’t? Why is it that woman/men have this certain image that they need to live up to? If we can’t fit that criteria, we are often let to look down on ourselves. 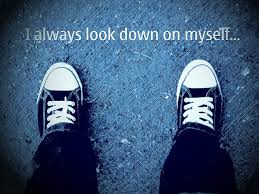 Some thoughts that relate to people dealing with bad body image! 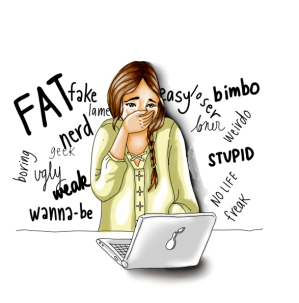 I can’t begin to explain how dealing with body image in today’s society has ruined the way many people view others.

Why is it that we have to live up to america’s standard of how a person should look?

Is this how we are supposed to look? Perfect body. What if we do not look like this or similar? We don’t have abs, we don’t have amazing hair, a flat stomach, thigh gap, be fit? What if we have thighs that touch each other, we have muscle but we want to keep it safe by fat:), we have some rolls, stretch marks. Why is it that people judge when you do not look picture perfect?

Every body is perfect. If your skinny, curvy, or have a few extra pounds on you. We shouldn’t be judging people if they don’t have the perfect body and if somebody does have the perfect body we should applaud them. Why judge somebody by their appearance? What matters most is their personality. Stop the “PERFECT BODY IMAGE” because everybody should be comfortable in their own skin.

Everybody has the Perfect Body

“I just want to change, change for the better. I keep doubting myself. I keep doubting that i cant do it. Why is it so hard. So hard to move on from the past. The past still controls me. The past still controls me to do horrible things. I want to be normal. Be normal like everybody else. I want to live life happy. Live life happy and without any worries. Do people still judge me. Judge me on past decisions i have made. I’m really sorry. Sorry for my multiple mistakes. I wish i could go back. Go back in time and change everything. But this is me. This is me, and i am only going to get better as time goes. Don’t worry about me I’m fine. Fine enough to continue doing this by myself. Someday my past. My past wont control me anymore. I can’t wait. Wait for the day that I’m finally free.”

There are many daily struggles an adult goes through while trying to overcome childhood sexual abuse. Here are some of mine.

My past still defines me, i wish it would stop, its suffocating me.